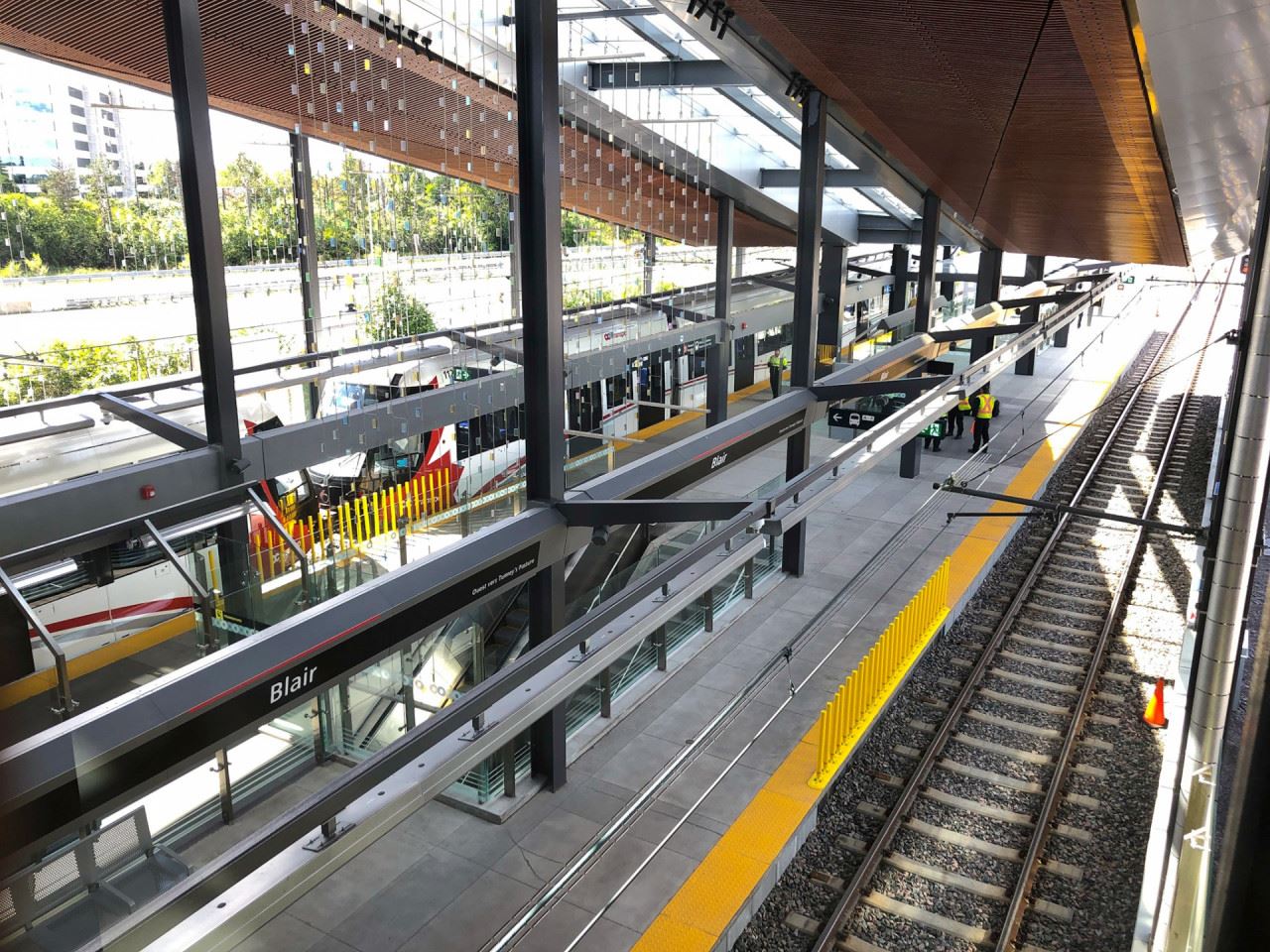 Popular destinations for Blair Station include the Gloucester Centre, Cineplex Theatres, several office complexes, as well as the headquarters for CSIS and CSE located within walking distance.

Blair Station has several entrances. The first is via the entrance near the Gloucester Centre, which gives access to local bus platforms as well as the overhead walkway. The overhead walkway runs from near the Gloucester Centre to across the 174 Highway (Queensway), to Telesat Court, and has an entrance to the train station and the bus routes towards Orleans. A third entrance is from the fare paid zone bus platform, leading directly underneath and up to the train platforms.

This station has a centre platform layout, allowing easy access to both platforms, as trains alternate between Platform 1 and Platform 2, simplifying access somewhat as opposed to what is found at the other terminus station of Tunney's Pasture.

This station was converted from the bus rapid transit to rail and as a result is a mix and combination of the original station and the new, one of two examples of this on the Confederation Line (the other being St-Laurent). The massive bus loop and platforms handle the arriving and departing passengers via bus transit, transferring them through the fare paid zone into the station with direct access to the O-Train platforms. The end result is quite stunning and impressive. A sweeping roof line with skylight frames the station. The station's artwork "Lightscape" reflects and shimmers in the sunlight, and move and sways with the wind and passage of trains. With views of the platform from the overhead walkway and entrance, departing passengers can easily see the trains and the departures.

Blair Station will be one of four stations to feature a retail outlet, with Happy Goat Coffee shop opening on the lower concourse entrance in early 2020.

The sweeping roof and glass flags artwork combine to create a stunning visual experience in the station. While Blair Station makes use of a lot of previous elements that were retained for the new station, it does so extremely well. For example, the old enclosed walkway over the bus transitway was reused and opened up as the overhead entrance to the train station platforms.

Another unique feature is that the train platforms can be accessed from underneath via the fare paid zone bus loop, or from above via the overhead walkway and entrance.

During the night, the station lights up like a lantern, thanks in part to its glass work and open areas. 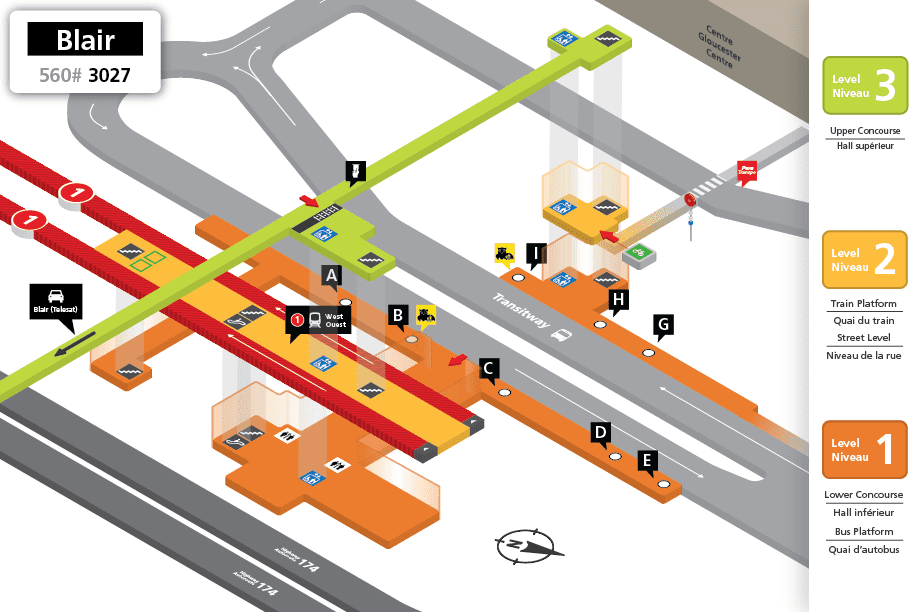 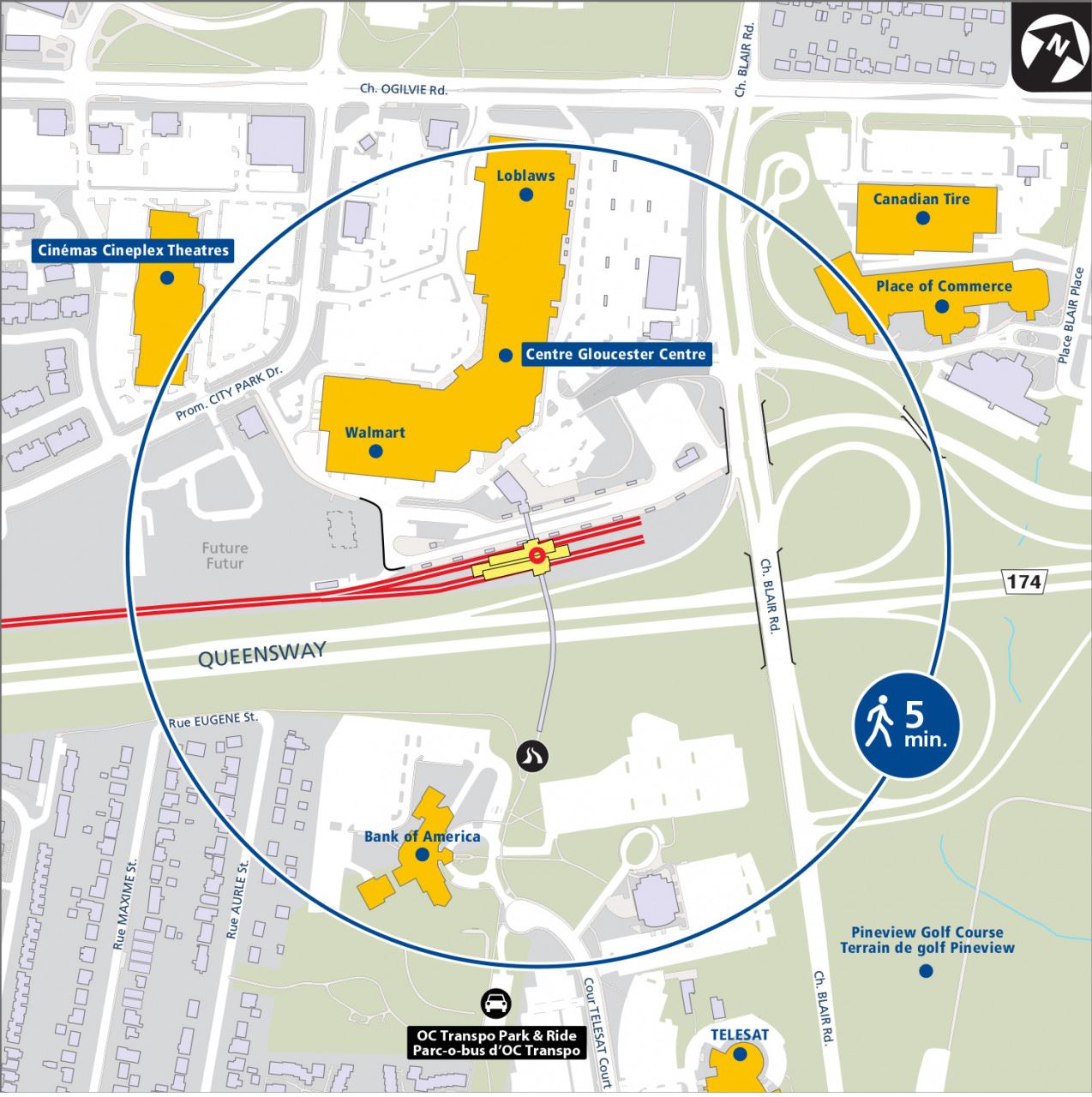 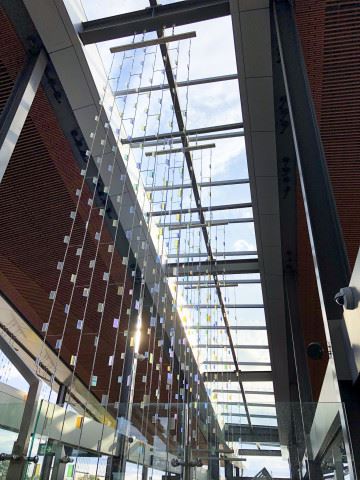 Lightscape consists of thirty suspended screens; airy, binary code-like pieces that use thousands of small dichroic glass 'flags' to announce the stairwells and tracks and move in response to the air currents of the trains as they come and go.

Inspired by the sunrise, a metaphor for awakening imagination, Lightscape is informed by the proximity to Ottawa's national centres for research, science, security and observation.

Ethereal, ephemeral, structured, these luminous veils of glimmering bits are animated representations of the activity and energy of this station and this city: blooms of code, evolving ideas, flows of shifting light, reflections and pattern. Readable on many levels, the art expresses a commingling of precision and chance, science and art, natural, digital, and imaginary realms. 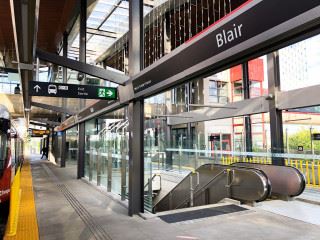 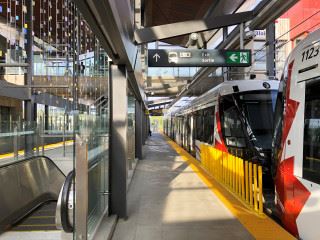 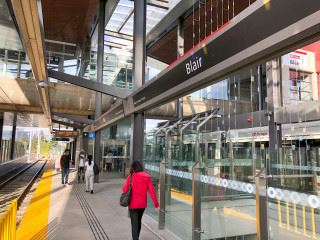 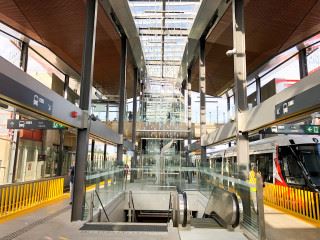 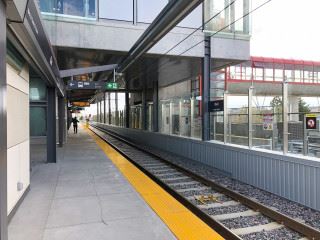 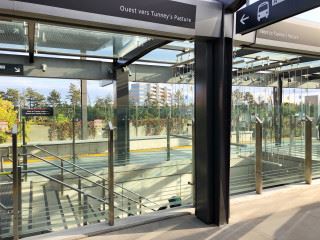 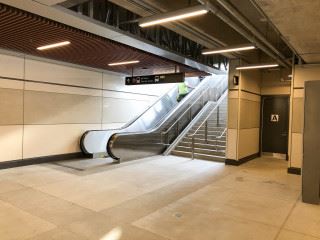 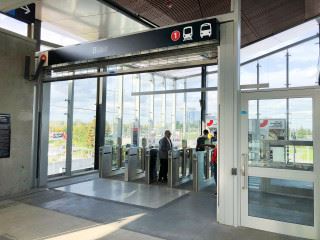 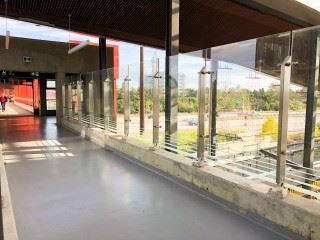 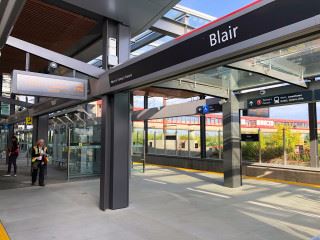 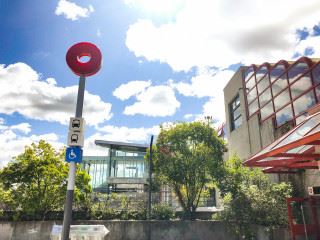 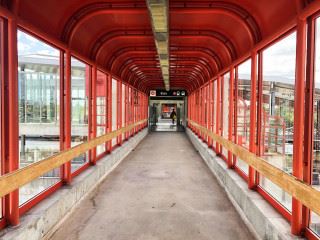 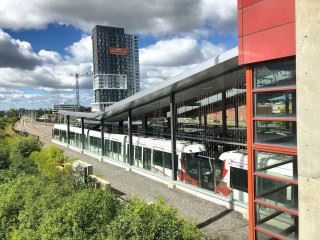 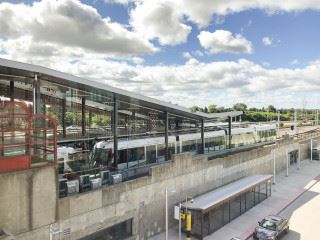 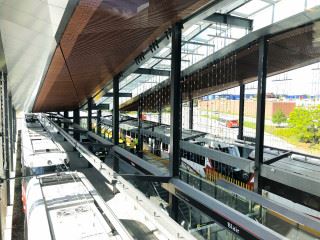