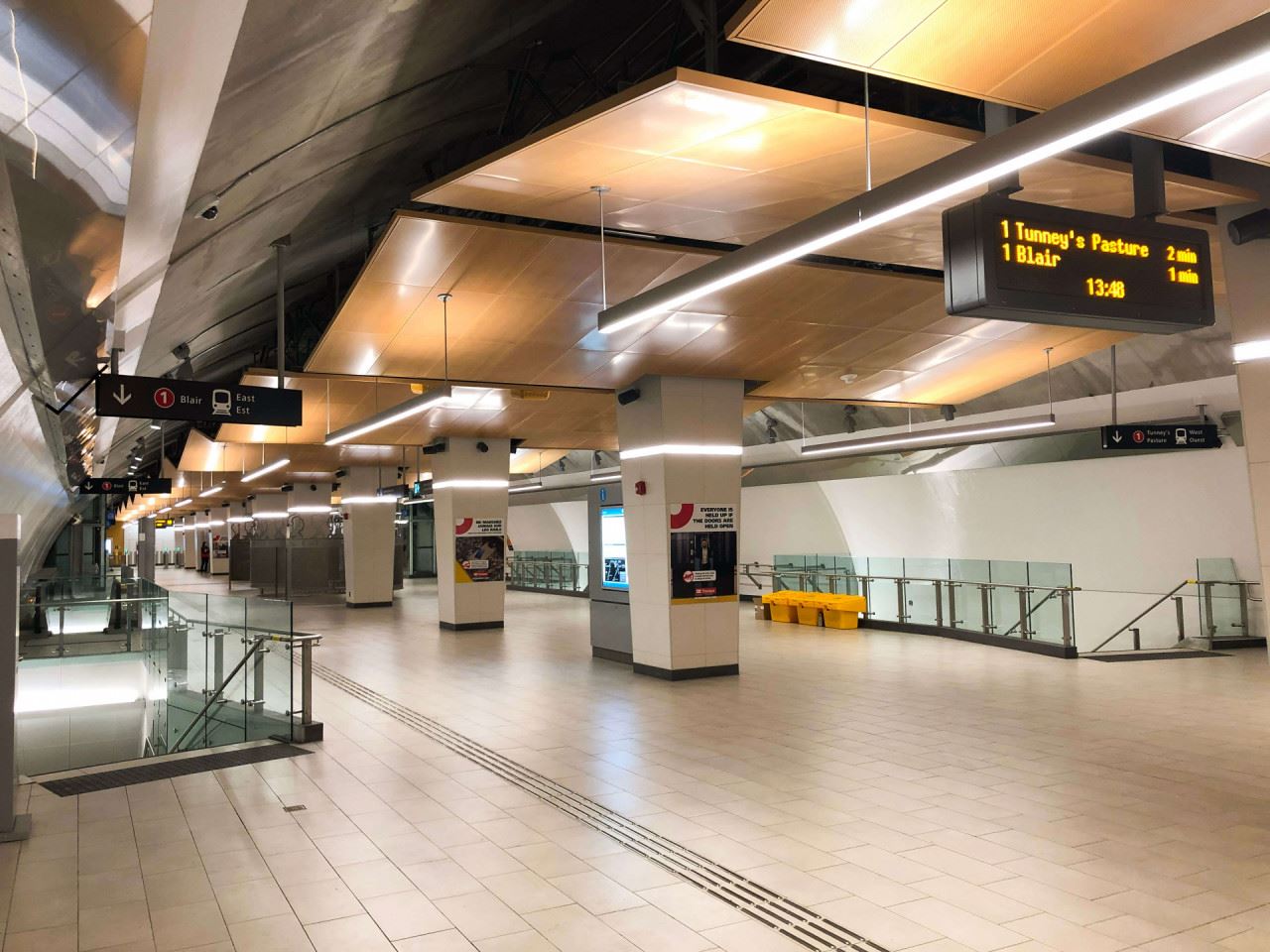 Lyon Station is one of three downtown underground stations along the Confederation Line.

As this station is located underground, station entrances are integrated into several surrounding buildings. Place de Ville has direct access via its underground concourse level, with an additional entrance from the exterior of the Podium Building, along Queen Street. A second entrance is located at the corner of Queen and Lyon Streets. This entrance is currently a standalone entrance, but a new real-estate development, the Claridge Moon project, will rise and integrate above this entrance building over the coming years.

The stations layout is such that the two entrances do not link at the concourse level without having to pass through the fare gates.

The main concourse is quite impressive, the space is vast, open and airy and passengers can easily pass through this important area of the station easily at all times of the day.

At the platform level, located 18.5 metres below ground, the main colour is yellow, reflected in the accents on the walls.

The most unique feature of this station is the large open and bright space of the concourse that just feels massive in size.

Another interesting feature is the connection to Place de Ville. This building complex comprises 4 office buildings, a food court, as well as 2 hotels, all linked by underground concourse, spread over two full city blocks.

The artwork in this station, specifically "This Images Replies on Positive Thinking" is also quite expansive and omnipresent throughout the entrances and hallways to reach the concourse. And on the concourse level, the central art piece "With Words as their Actions", encourages passengers to slow down to read and discover some history of Bytown and Ottawa.

In the near future, this station will also be a key link between Ottawa's OC Transpo transit network and Gatineau's STO bus lines, with most of the Gatineau bus routes connecting through this station. 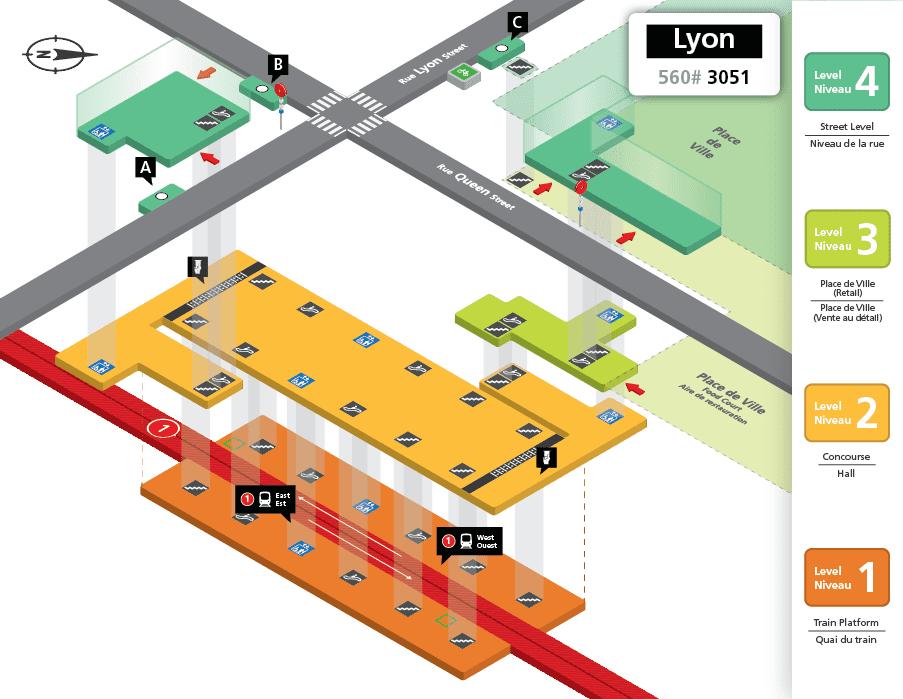 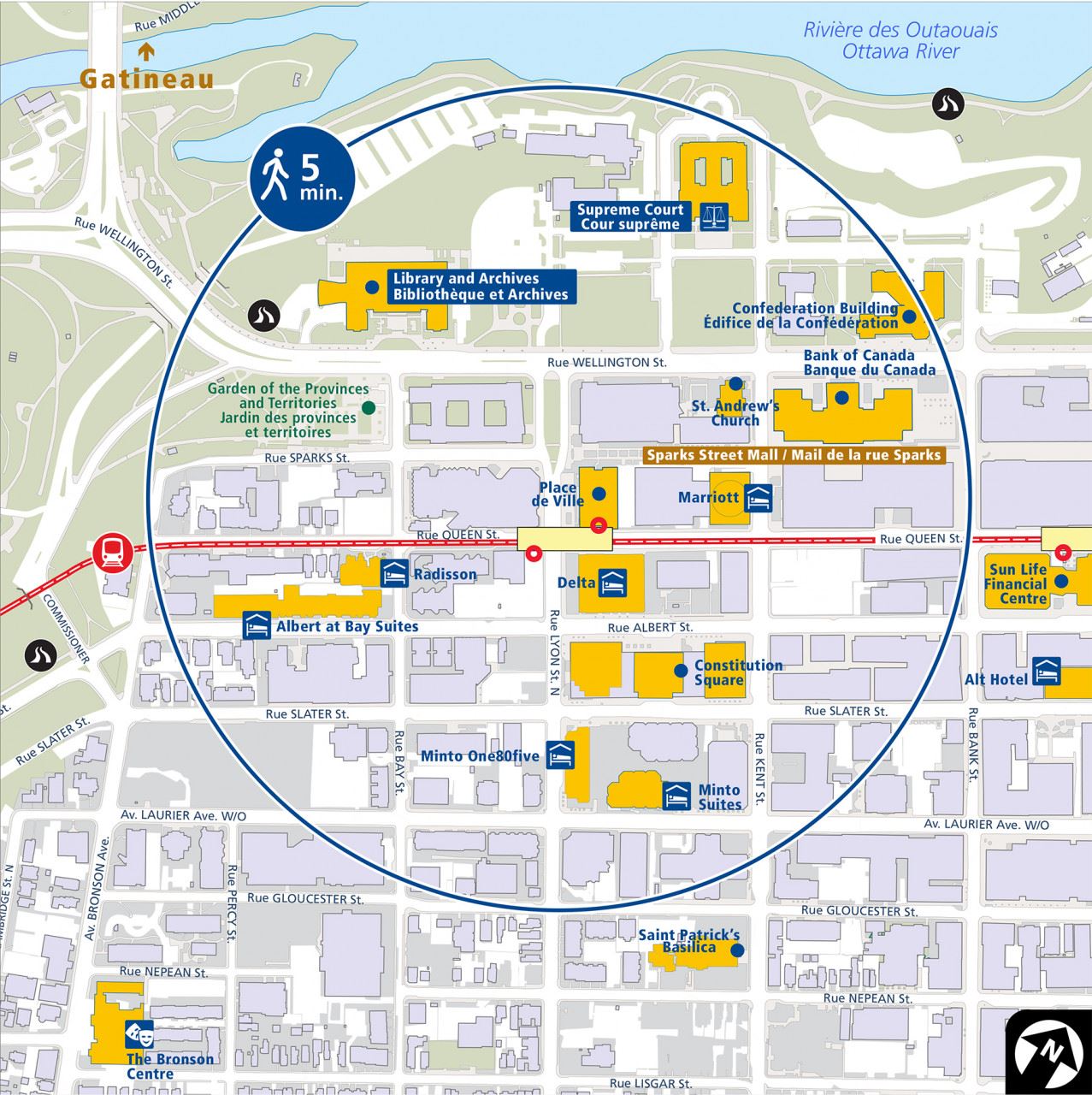 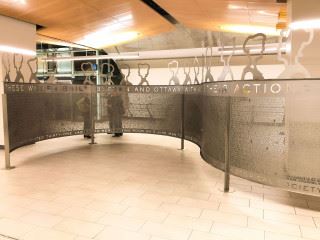 Title: With Words as their Actions

With Words as their Actions, celebrates women as keepers of history – and in particular, the 32 women who, in 1898, founded the Ottawa chapter of the Women's Canadian Historical Society (now the Historical Society of Ottawa). In 1954, Anne Dewar, a member of the society, presented The Last Days of Bytown, a lively documentation of life in the community a century earlier, when it was on the verge of changing its name from Bytown to Ottawa and becoming Canada's capital. With Words as their Actions features Dewar's 5,000-word text laser-cut into a curving, stainless steel curtain. Lines of text cut through on one side in English interweave with the French translation cut through on the other side, recalling the intricacy of hand embroidery and other fibre arts traditionally considered 'women's work'. Instead of reading this lacy curtain of words all at once, passengers can absorb a bit of it each time they pass through the station. The turned-out letters that add texture to the artwork also act as bookmarks, making it easy to 'pick up where you left off'. Silhouettes of the society's founders gathered in conversation preside over the curtain, passing knowledge to each other and to the viewer. 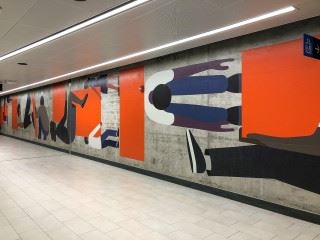 For this integrated piece, Artist Geoff McFetridge uses human figures as graphic elements to reflect on his impressions of contemporary life. Nearly typographic in their simplicity, the figures speak to the "house of cards" nature of living in a city. The people he portrays are both noise makers, and noise complainers. His people are equal collaborators in the pyramid scheme with no end that is life in the city. Geoff McFetridge aims at creating a visual community by promoting ideas of unity and collaboration. With no distinctive characteristics or defining features, his figures are meant to portray a familiar and universal symbol of humankind that celebrates equality. 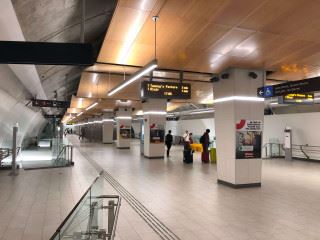 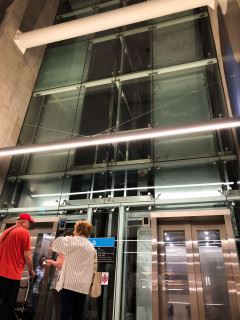 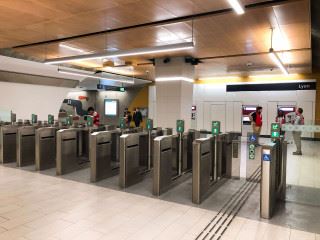 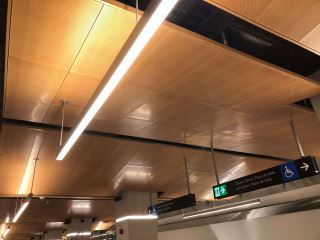 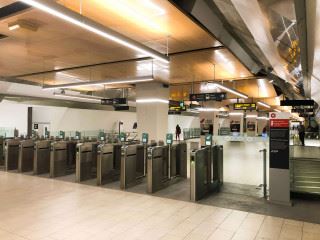 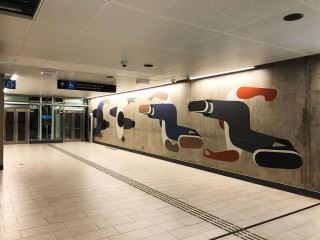 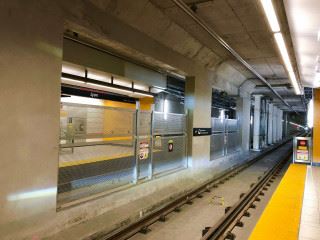 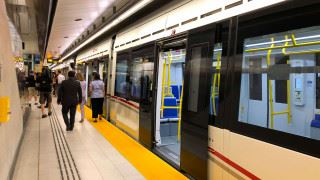 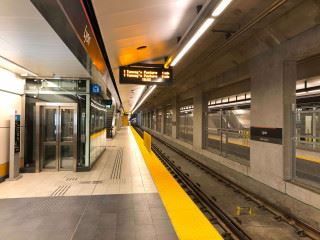 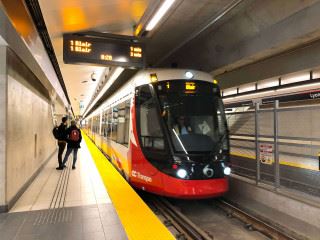 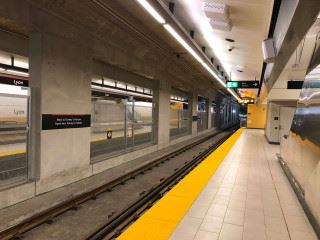 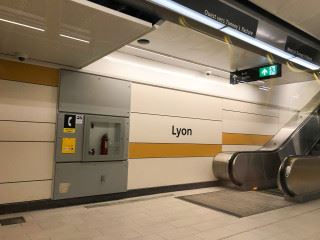 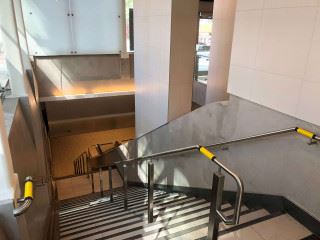 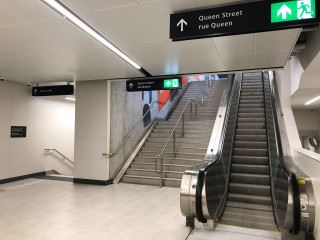 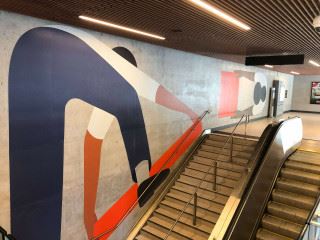 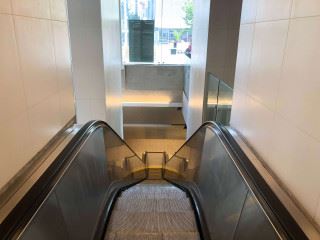 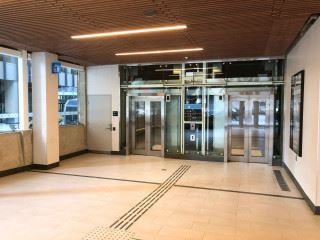 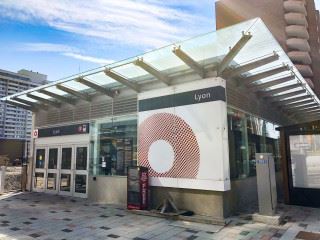 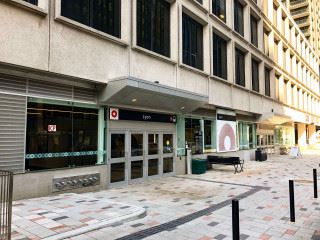 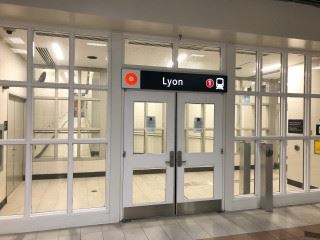 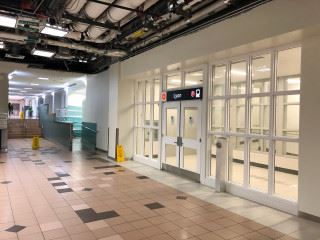