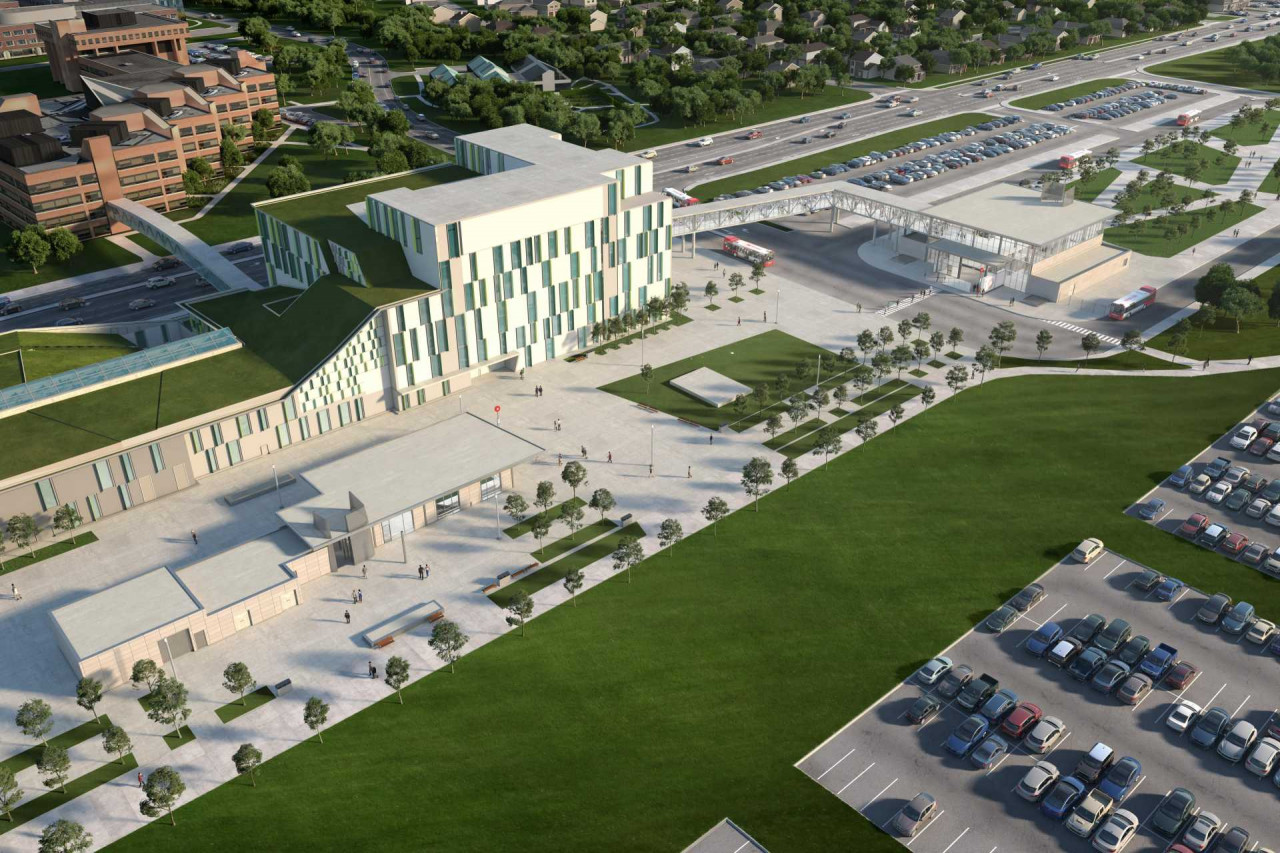 Algonquin Station is an existing Transitway Station that has been future-proofed for light rail conversion with an existing tunnel. This new terminal/station will be converted to a terminus station serving as the south-western terminus of the Confederation Line, located between College Avenue and Navaho Drive, just west of Algonquin College's ACCE building and beneath the landscaped plaza within the previously constructed transit tunnel. The fare paid new bus facility will allow the existing Transitway Station to be decommissioned and reduced to bus-only traffic lanes. The residual station space will be replaced with landscaped areas and improved pedestrian and cycling connections.

The station will be a centre platform configuration, with the platform located within the centre cell of the existing below-grade structure. The station will have three fare-controlled entrances. One entrance will front the south side of College Avenue; a second entrance will be provided on the north end of the platform, within the existing plaza; and, a third entrance from the pedestrian bridge connecting to the Algonquin ACCE building. The new pedestrian bridge will allow passengers safe and direct access to the ACCE building and to the existing pedestrian bridge crossing Woodroffe Avenue, thus reducing the number of pedestrians crossing College and Woodroffe Avenue at grade. This major transfer station will have public washrooms available to customers during LRT operating hours and will have provisions for a future retail space.

A new consolidated bus layby facility and bus driver's facilities will be constructed south of College Avenue between the existing park and ride and the skate park. 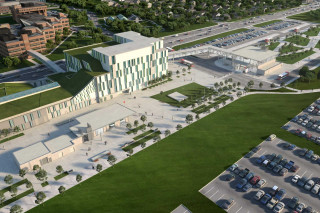 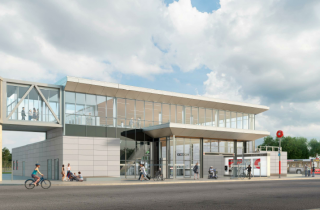 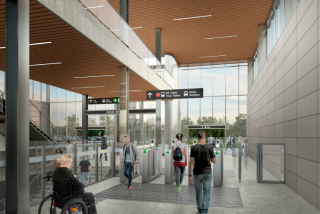