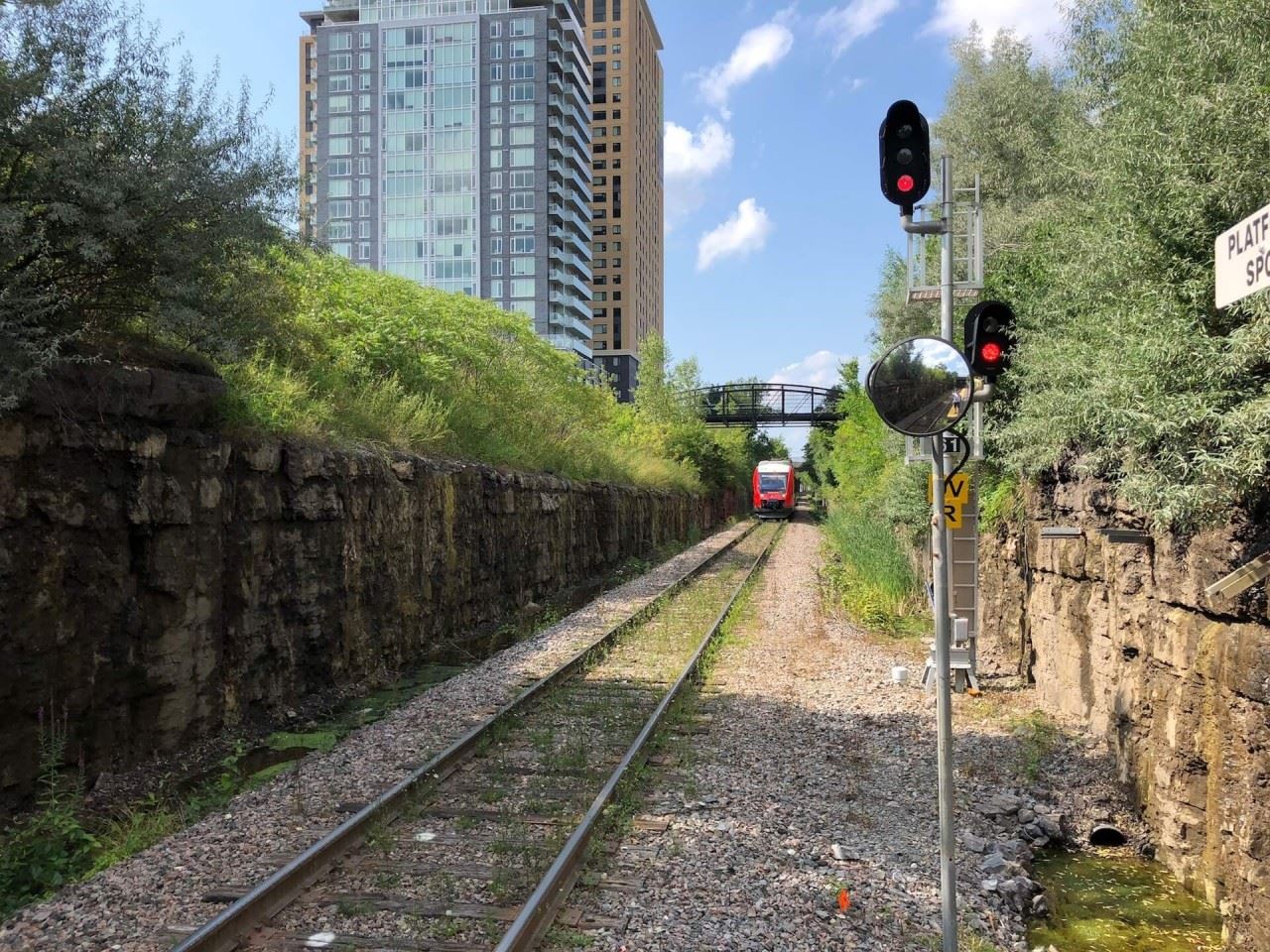 Dow's Lake Station is one of the 5 original O-Train stations in Ottawa. Opened on October 15, with the initial network, this station is located off of Carling Avenue, just across from Dow's Lake. This station was originally named Carling, but was renamed in 2020 to Dow's Lake as part of the Stage 2 expansion to better align with nearby destinations.

This station primarily serves the businesses along Carling Avenue, the Rideau Canal and Dow's Lake, as well as providing a connection to the nearby Ottawa Hospital - Civic Campus.

Dow's Lake Station is accessible below street level by stairs and elevator access from Carling Avenue near the intersection of Preston Avenue in Little Italy.

This station does not contain any public art on display. Its location below grade and away from the street provides a quiet area to wait, in a trenched area of cut rock.

This is the only Line 2 Station that is below grade, requiring access via stairs or elevator to reach the platform level from the entrance. Dow's Lake Station does not currently feature any public artwork. 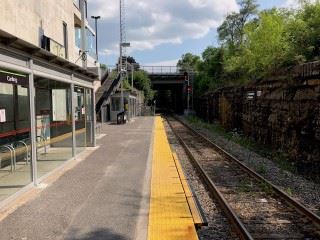 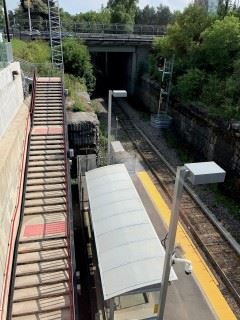 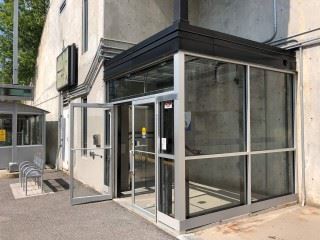 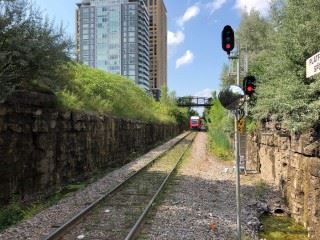 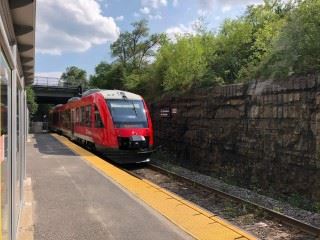 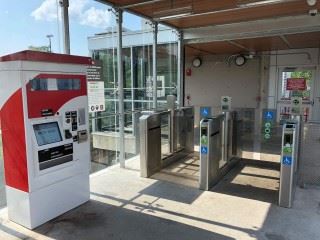 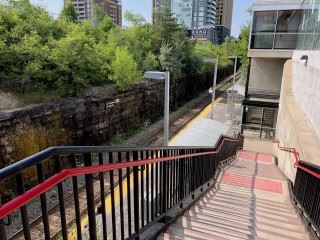 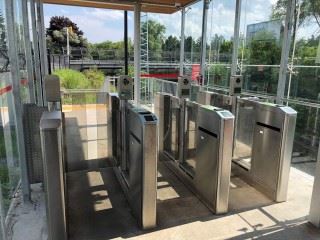 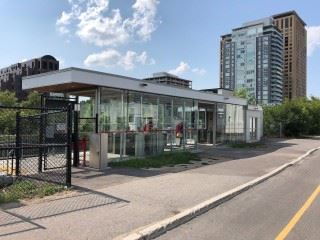 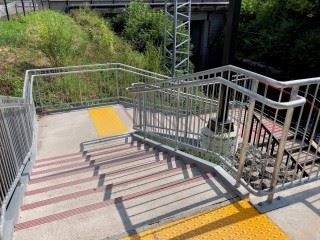 Design and construction of the station will not preclude a future double-tracking, as well as a potential connection to the future hospital site, south of Carling Avenue. 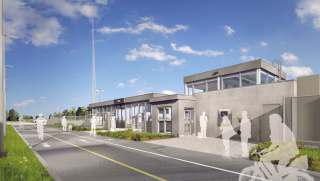 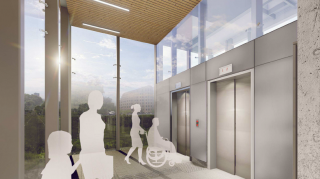 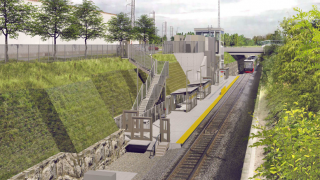