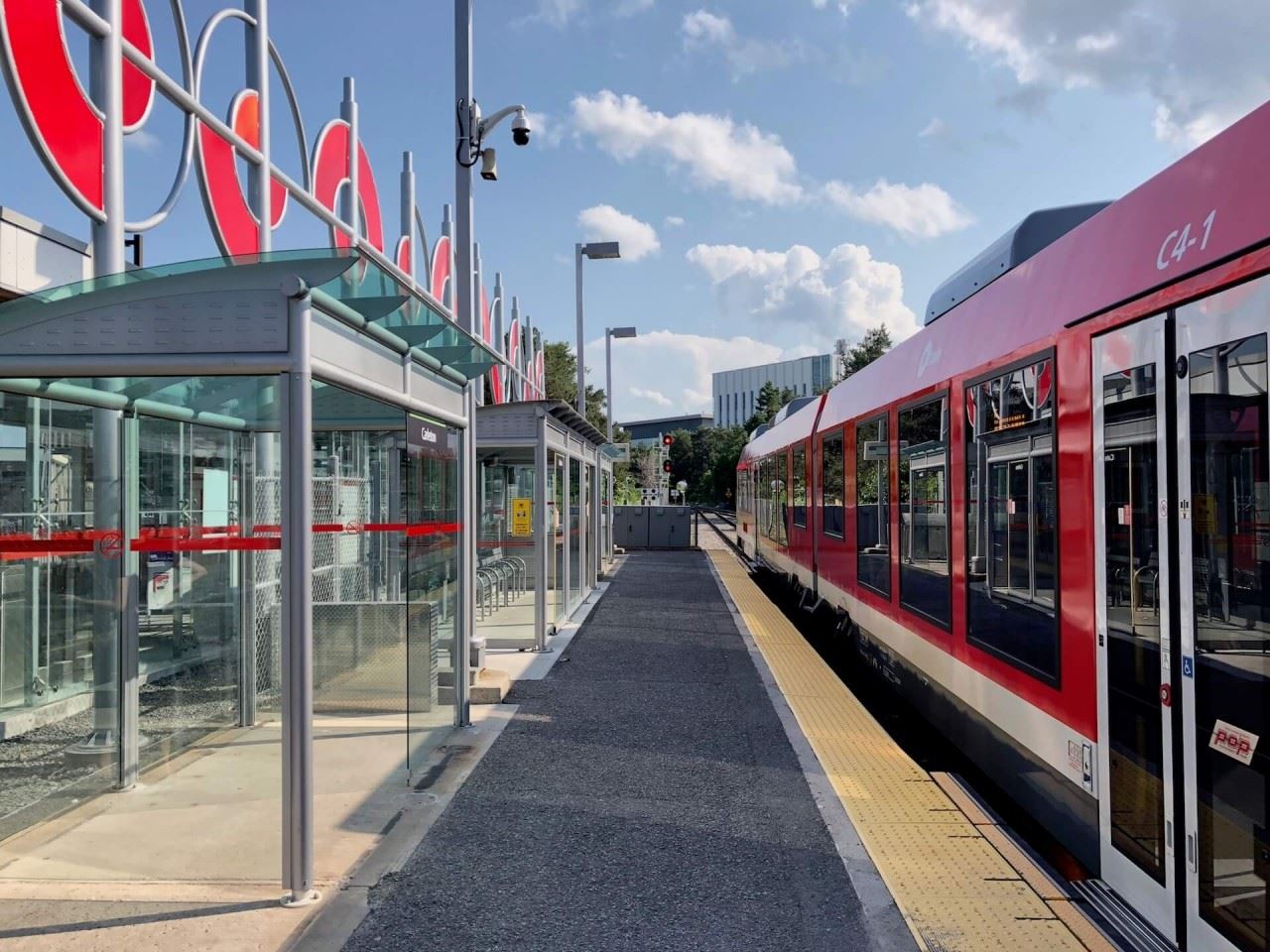 Carleton Station is one of the 5 original O-Train stations in Ottawa. Opened on October 15, with the initial network, this station is located in the middle of Carleton University in Ottawa. This is also the only station on the Trillium Line with two platforms, one each for Northbound and Southbound trains.

This station primarily serves the students and faculty of Carleton University and is one of the main modes of transportation. As a result, Carleton Station is the busiest station on the Trillium Line when classes are in session.

Carleton Station is uniquely positioned in the middle of the university campus, and as such, the station and the tracks combined have the effect of separating the campus into two halves. Along the route through the campus, there are underpasses and overpasses for both pedestrians and roads.

The station's layout with two platforms requires it to have a pedestrian tunnel that passes underneath the tracks to reach the opposing platform. Trains enter the station simultaneously onto separate tracks and platforms. Once both trains are in the station and boarding is complete, the trains will depart and rejoin the single track line, having passed one another.

Overall, Carleton Station is unique along the original Trillium Line stations due to its two platforms, the constant flow of passengers in and out of the station, and its location in the middle of the Carleton University campus. 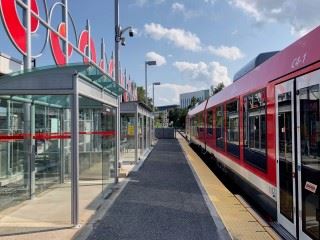 Carleton Station has a large art piece on display spanning the entire length of the Bayview (northbound) platform called locomOtion. The artwork's sequence of wheel segments reflect the idea of movement and travel. The red panels are inspired by the OC Transpo logo and are intended to reflect the ambient light of passing trains. 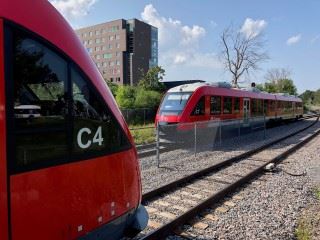 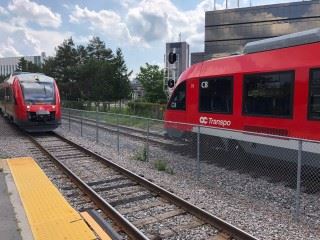 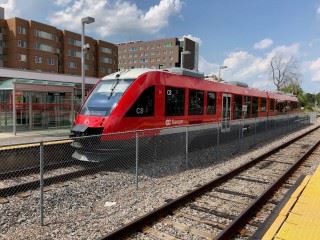 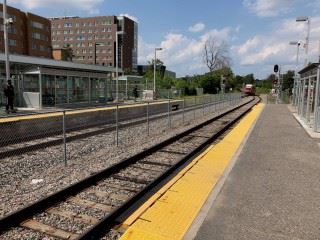 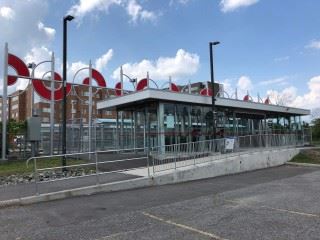 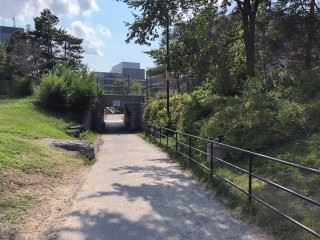 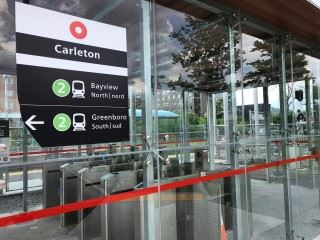 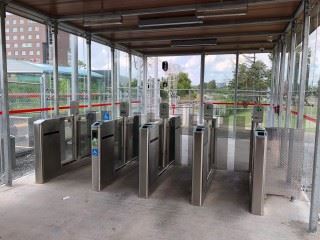 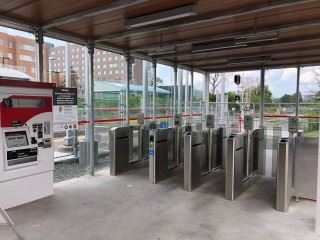 Carleton Station is an existing station with two platforms serving Carleton University and surrounding areas. The station is located between Campus Avenue and University Drive at the intersection of Campus Avenue and Library Road. It has two existing fare paid entrances, one from the east and one from the west. The existing fare control enclosure will remain. There will be a new additional pedestrian underpass structure north of the station platform to support Carleton University's long-range development plans.

Taking advantage of the shut-down of Trillium Line and the major civil works planned, a new pedestrian tunnel segment will be constructed below the tracks for future connection to the university's tunnel system, with the potential to provide direct weather-protected access to the station from the University's tunnel network. 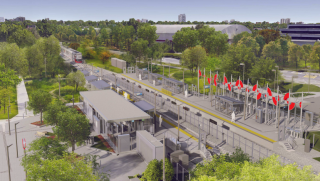 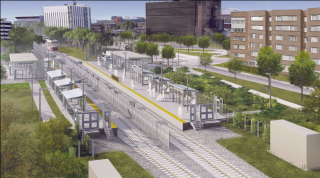 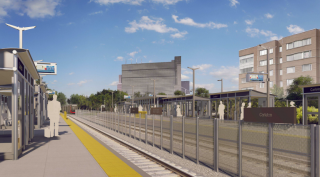 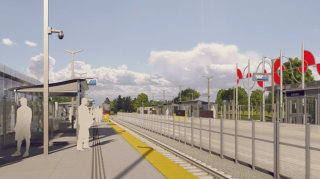