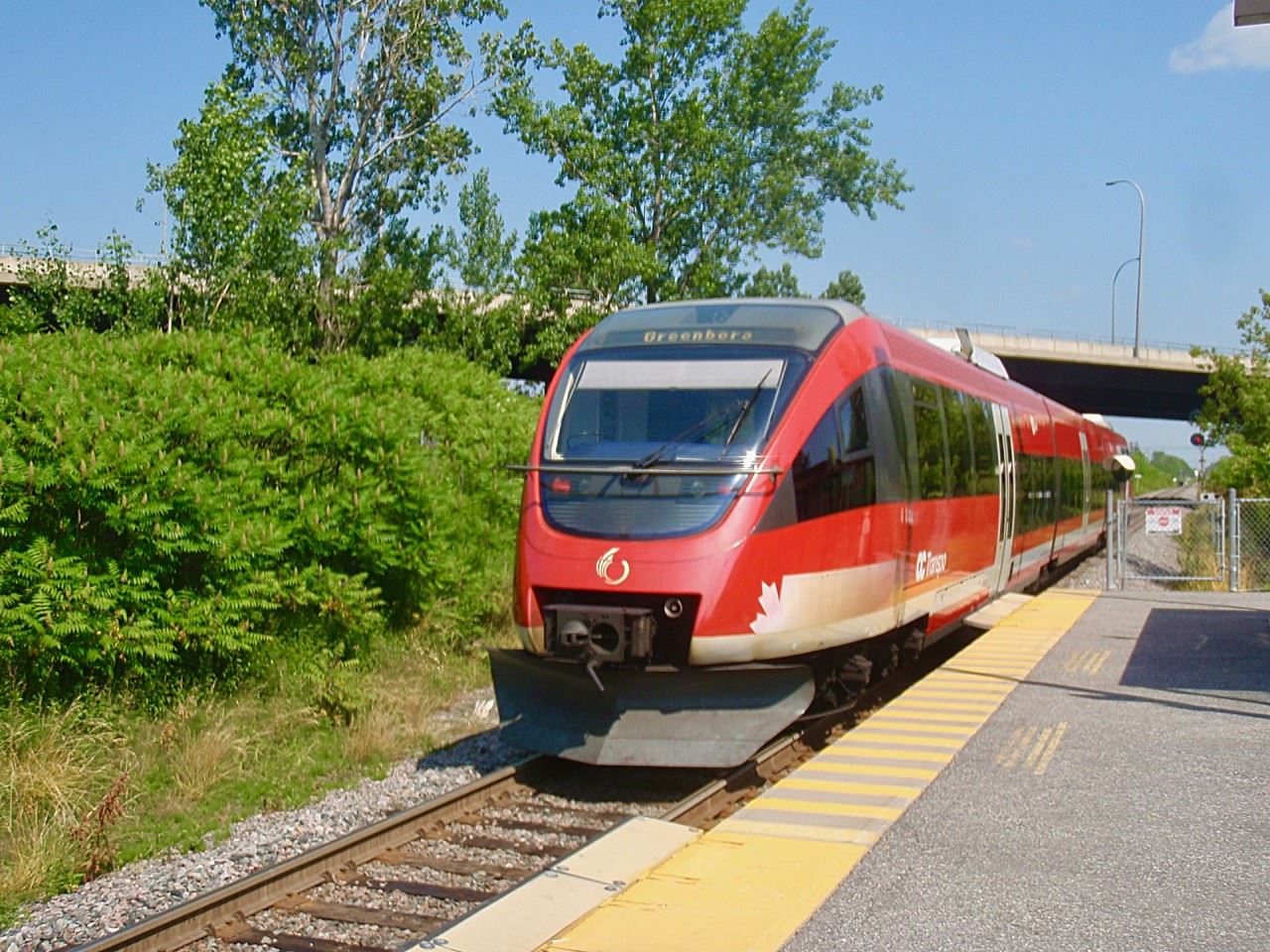 The Bombardier Talent 643 is a three-car articulated rail train built by Bombardier in Europe. These trains were actually purchased as part of an order with Deutsche Bahn in Germany, and in fact are identical to those operating there, right down to the paint scheme and colours. These trains were the original train vehicles to serve the O-Train in Ottawa, when it first opened on October 15, 2001. They remained in service until their replacements took to the rails on March 2, 2015.

There was 3 Bombardier Talent trains used on the O-Train Trillium Line, and were numbered C1 to C3. One of the most interesting facts of the trains is due to them being part of the larger Deutsche Bahn order, as the trains were equipped with washrooms and overhead luggage racks. While on Ottawa's O-Train these facilities were present inside the cabin, they were closed off and not accessible to passengers. These traits make the Talent trains more in line with a mainline train than a transit vehicle.

The O-Train Trillium Line was operated with 2 Talent trains running simultaneously, with the 3rd used as a backup vehicle. The trains were all stored and maintained at Walkley Yards, which is located just northeast of Greenboro Station. They operate on diesel fuel as the Trillium Line is not electrified. The train is powered by diesel engines producing 845 HP.

The trains featured a total of 6 doors, 3 on each side, allowing quick boarding and entry. The doors are activated manually by a button mounted on the doors themselves, both on the inside and outside. The doors will then open and close automatically a short time after if the entrance-way is clear.

Inside, the layout is spacious, with large windows the entire length and a passenger capacity of 285 (135 seats and 150 standing). For almost the entire length of the train, the floor is level with the platform. There is however steps at both ends of the train near the driver cabs, due to the engines and motors being located beneath. The three cars of the train are coupled by means of an articulated joint and gangway, allowing free passage without doors from one car to another. In the summer, air conditioning is provided from vents in the ceiling, while in the colder winter months, heat is produced by baseboard heaters mounted along the length of the cars. The seating on the trains are blue cloth seats and are arranged such that half the seats are facing forward and the other half are facing backwards. The seating near the entrances are mounted against the windows, to allow extra space for passage and standees, as well as to accommodate wheelchairs, scooters or bicycles. The train had a slight outward curve to the outer walls, which resulted in some extra room provided for the shoulders and arms.

Over their almost 14 years of service, the Bombardier Talent trains received high praise, for their spacious and upscale comfort, not typically seen in public transit vehicles. 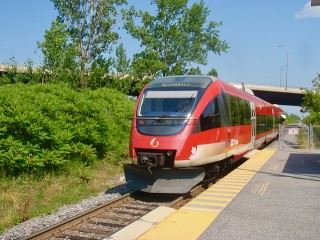 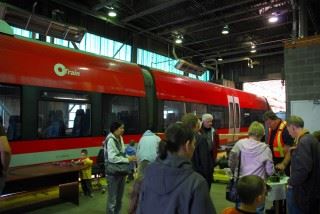 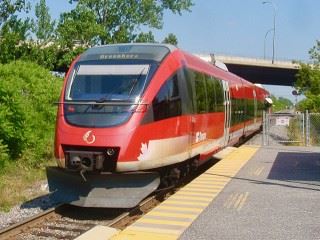 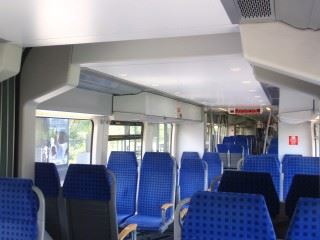 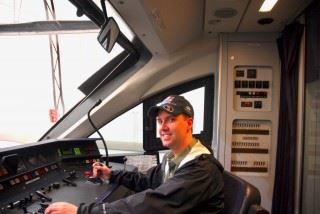 Except where otherwise noted, this page is licensed under a Creative Commons Attribution-NonCommercial 4.0 International License.