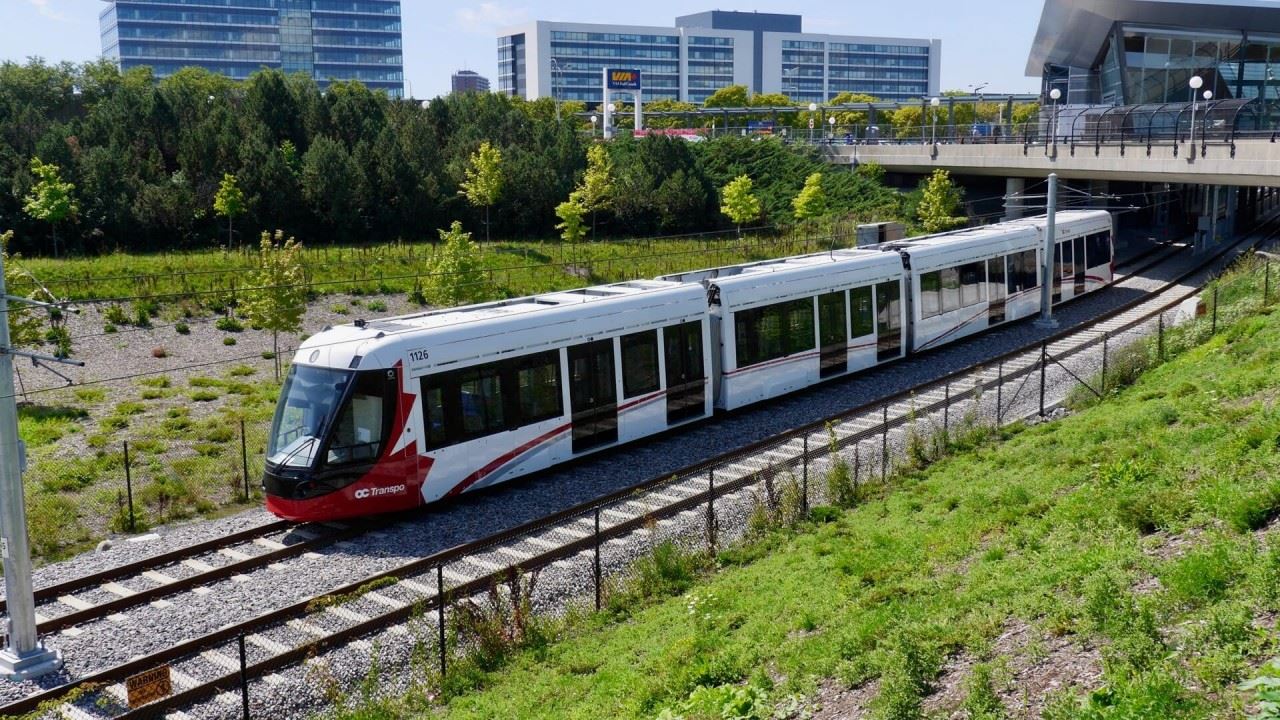 The Alstom Citadis Spirit is a four-module light rail vehicle (LRV) built by Alstom. The LRVs were built at Alstom's plant in Hornell, New York, the bogies (wheel trucks) manufactured in Sorel-Tracy, Quebec with the final assembly taking place in Ottawa at the Belfast Yards Maintenance, Storage and Administration facility (also known as MSF). It is here that the LRVs are also stored and maintained when not in service. The MSF can be reached by a connection track that is located between St. Laurent and Tremblay Stations, and runs parallel to Belfast Road.

The Confederation Line will have 34 LRVs at its disposal. The LRVs have a modular design, and in the case of Ottawa will consist of four modules in total. This includes two cab modules with two doors per side, a center module with one door per side and an intermediate module with 2 doors per side, resulting in a capacity of 300 passengers (120 seated and 180 standing). In normal operations, two four-module LRVs will be coupled together, thereby increasing the capacity to 600 passengers (240 seated and 360 standing) per train. Gangways connect the modules of the LRV, allowing safe and free passage from one module to another without doors or barriers.

The LRVs are operated with electricity provided by an overhead catenary (wire) supplying 1500 volts DC current. This enables the LRVs 100% zero emissions in their operations, and also contributes to very low noise levels. When the LRVs are braking while entering a station, the electric motors turn into generators and convert the kinetic energy into electricity to be used by other LRVs on the line, further optimizing efficiency and energy consumption.

The LRVs feature a 100% low floor design that offers excellent accessibility and an interior layout with a wide central that provides safe interior circulation. The floors will be heated, to help remove snow and water build-up during the winter season. The modules will also be heated and individually, providing the best comfort for passengers no matter the weather. The seating on the LRVs are blue cloth seats and are arranged such that half the seats are facing forward and the other half are facing backwards. The seating near the entrances are mounted against the windows, to allow extra space for passing through and for those standing, in addition to accommodating wheelchairs and scooters. Bicycles can be taken on to the first module of every LRV (identified by a green marked area on the platform), to be placed in the cooperative seating section.

The doors are typically opened and closed automatically at most stations, however when the number of passengers is low or the weather is poor, the doors will be operated manually. This is accomplished by means of a button mounted on the doors themselves, both on the inside and outside. The doors will then open and close automatically a short time after if the entrance-way is clear. A warning tone will sound when the doors are about to close. 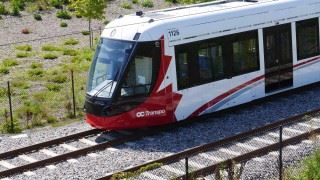 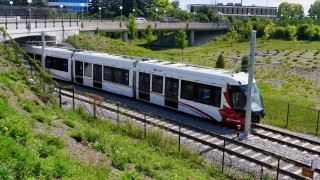 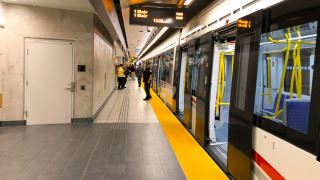 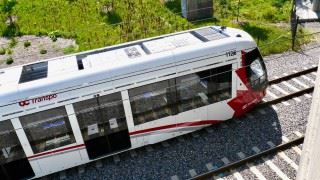 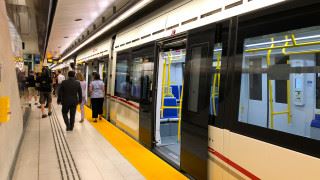 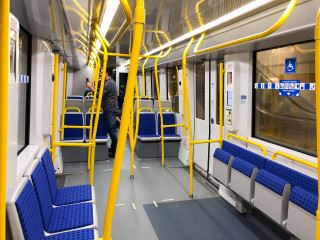 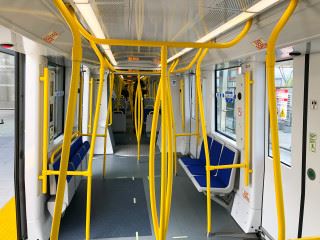 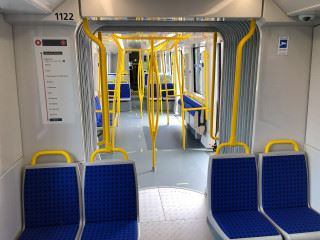 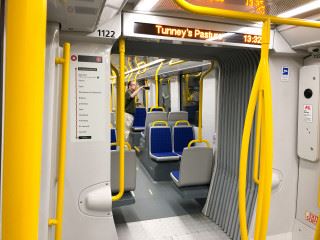 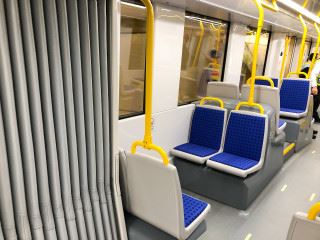 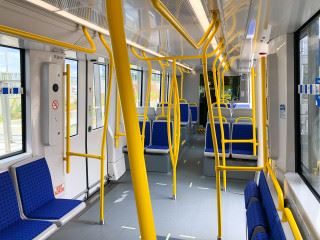 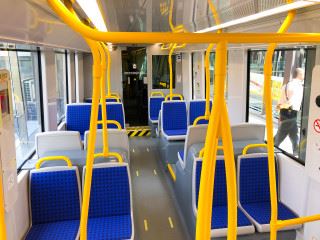 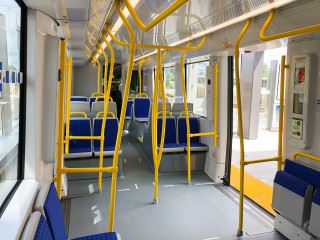 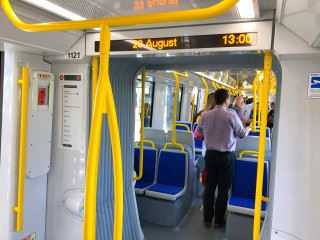